Note: this part of the story involves John Breckow, for whom we have unsuccessfully tried to find contact information. We would like to contact him to get a more complete and accurate version of the events. Contact: info@tiffanytranscriptions.com 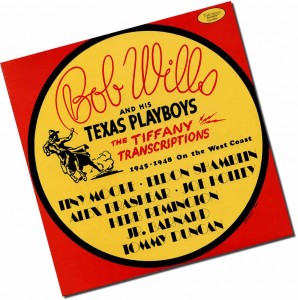 Tishomingo Records
Sometime around 1976, John Breckow was working as a record store clerk in a store in Los Angeles, when a woman came in with a complete set of the Tiffany Transcriptions discs (records 1 through 48), wanting to sell them. Immediately recognizing their value, he purchased them and released an LP of 20 selections on his Tishomingo label (Tishomingo BW-01). Breckow did not have access to the Tiffany Transcription’s recording logs so although he listed the correct musicians, he incorrectly stated the dates as 1945 – 1948 and the recording location as Oakland, California. 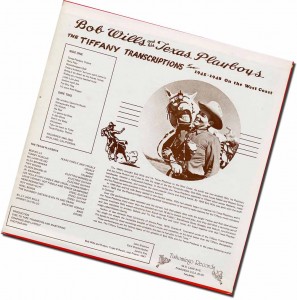 The album was well received by the record-buying public, and well reviewed, but Cliff Sundin found out about it and started to sue Breckow. Breckow was able to convince Sundin that he didn’t really want a lawsuit, but that he instead should collaborate with Breckow and release the Tiffany Transcriptions. 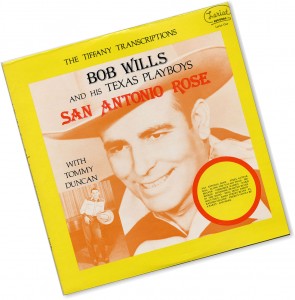 Lariat Records
The collaboration between Cliff Sundin and John Breckow spawned Lariat Records which issued one LP in 1977, “The Tiffany Transcriptions – Bob Wills and his Texas Playboys – San Antonio Rose” (Lariat One).  This contained 16 recordings from the Tiffany Transcriptions, but only from the issued discs. The recording dates were still incorrect, but with Sundin’s input there was a complete listing of all the musicians, the recording location was noted as San Francisco, and there was some background history of the company. In the liner notes, on the subject of who started the company, Wills and Sundin are mentioned by name but Cactus Jack is listed only as “a popular Bay Area Western disc jockey”. Sundin was apparently still holding his grudge against Cactus Jack. 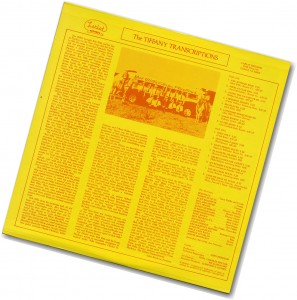 The album was incredibly well received by both reviewers and the buying public. However, according to Sundin’s granddaughter Nancy Telles, there was a problem. Breckow had handled all the manufacturing and production, and when the stock ran out and Sundin needed more, Breckow was nowhere to be found. (John, please contact us for your end of the story).  Also, there was apparently already a record label called Lariat Records, and they contacted Sundin and told him to stop using their name. Once again Sundin’s dreams for the Tiffany Transcriptions fell through and he withdrew from the project.